We See You, America!

As the largest health information property in the United States, we have the health issues, concerns, random interests, and even common health-related misspellings of 50% of the country at our fingertips. Healthline is your first stop on your journey to understand everything from everyday health topics and new diagnoses to more serious health concerns. So, what’s America interested in? The data below reflects some of your curiosities and concerns that we’ve gleaned from search spikes we’ve studied over the past few years.

When you wake up from a night of drinking and you’re wondering what can help, you come to Healthline for hangover cures. The most popular day of the year for hangover cures is New Year’s Day (traffic increases 412%). And throughout the year, there’s a weekly pattern that mysteriously correlates with weekend spikes in interest. 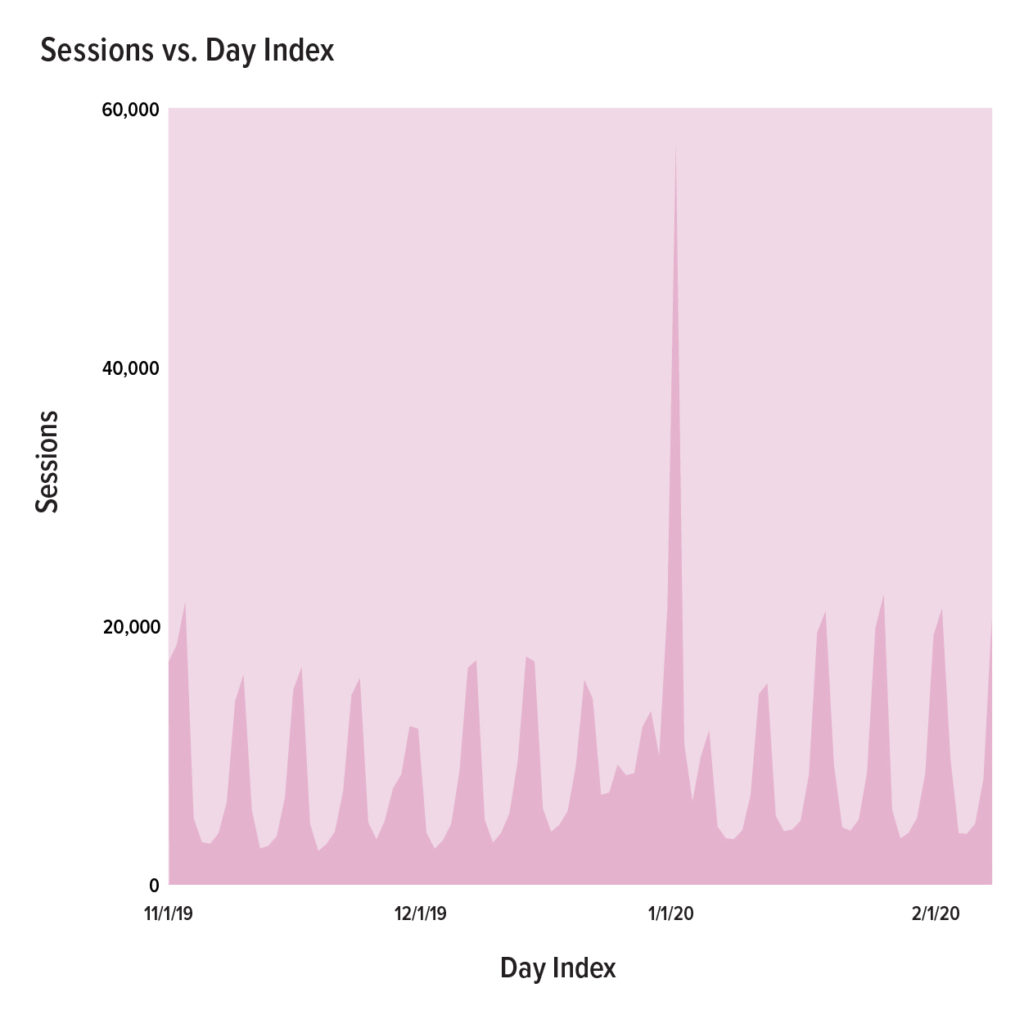 When you were interested in learning more about the psychographic profile of America’s new president, you came to Healthline. After the 2016 presidential election, our traffic increased 62% around the term “narcissistic personality disorder.”

After the Super Bowl, when you woke up with a sour stomach due to too much beer, chips, and cheese, you came to Healthline to understand what was going on with your gut. Bowel-related queries increased 30% and heartburn went up 6%. According to a recent CBS Sports feature by Healthline’s in-house physician, Dr. Hanh Le, you’re not alone in your Super Bowl flu.

And when Burger King released the black Whopper in late September 2015, we saw a 114% increase to a very specific article on the site titled “Why Is My Poop Green?” Turns out, it’s not a coincidence!

Anytime a celebrity receives a new diagnosis, Healthline is one of the first places you stop to learn more about what happened.

When Joy Behar appeared on “The View” uncharacteristically wearing cat-eye Gucci sunglasses on June 5, 2019, it turned out she had cataract surgery. Our cataract health traffic rose 114% compared with the month prior.

When Whoopi Goldberg took a month long absence from “The View” in February 2019 after being hospitalized for pneumonia that led to sepsis, we saw a 45% increase to our sepsis content and a 34% increase to our “Can You Die from Pneumonia?” page.

When Alex Trebek revealed to fans via a YouTube video announcement on March 6, 2019, that he had received a diagnosis of stage 4 pancreatic cancer, our pancreatic cancer traffic went up 8,000%. 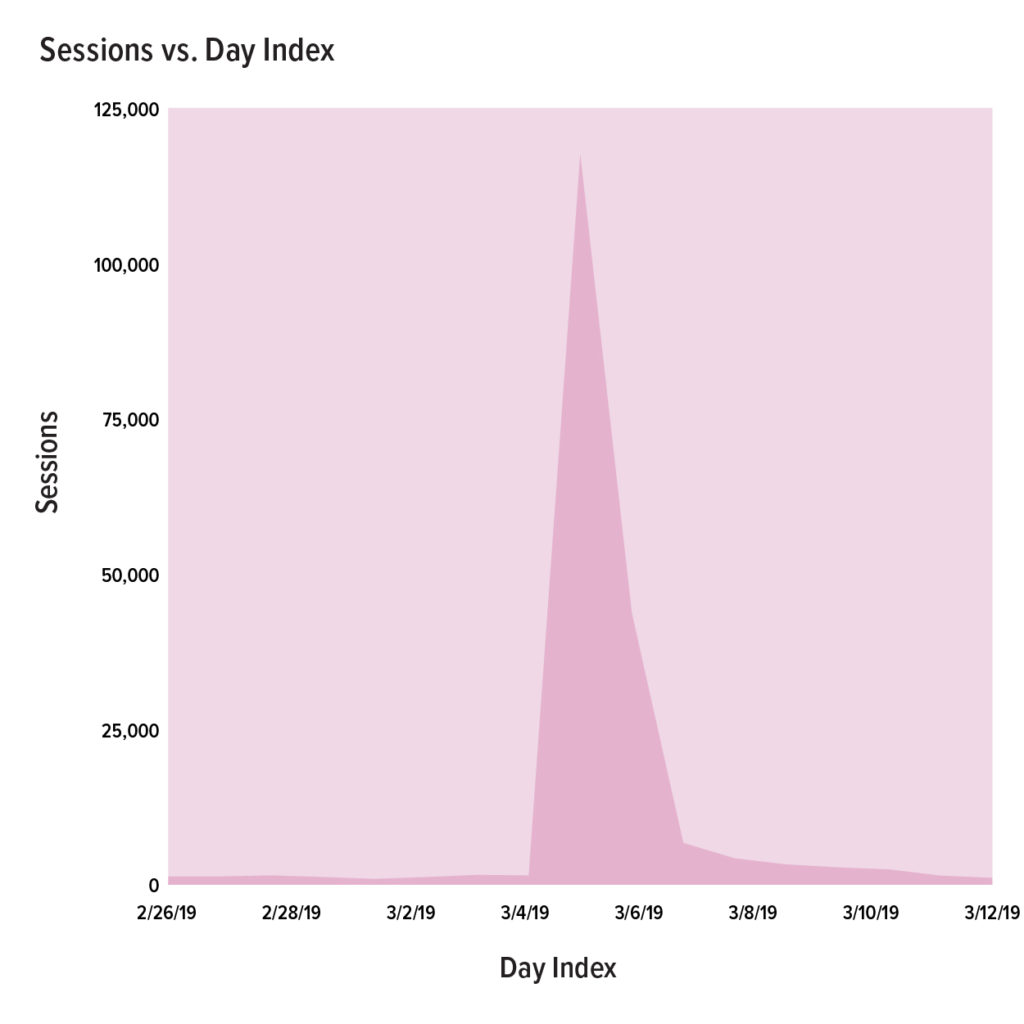 And when Luke Perry suffered a massive stroke on Feb. 27, 2019, we saw two spikes in our stroke traffic. The first was when the news broke of Perry’s stroke, and the second, larger spike was when he died on March 4. 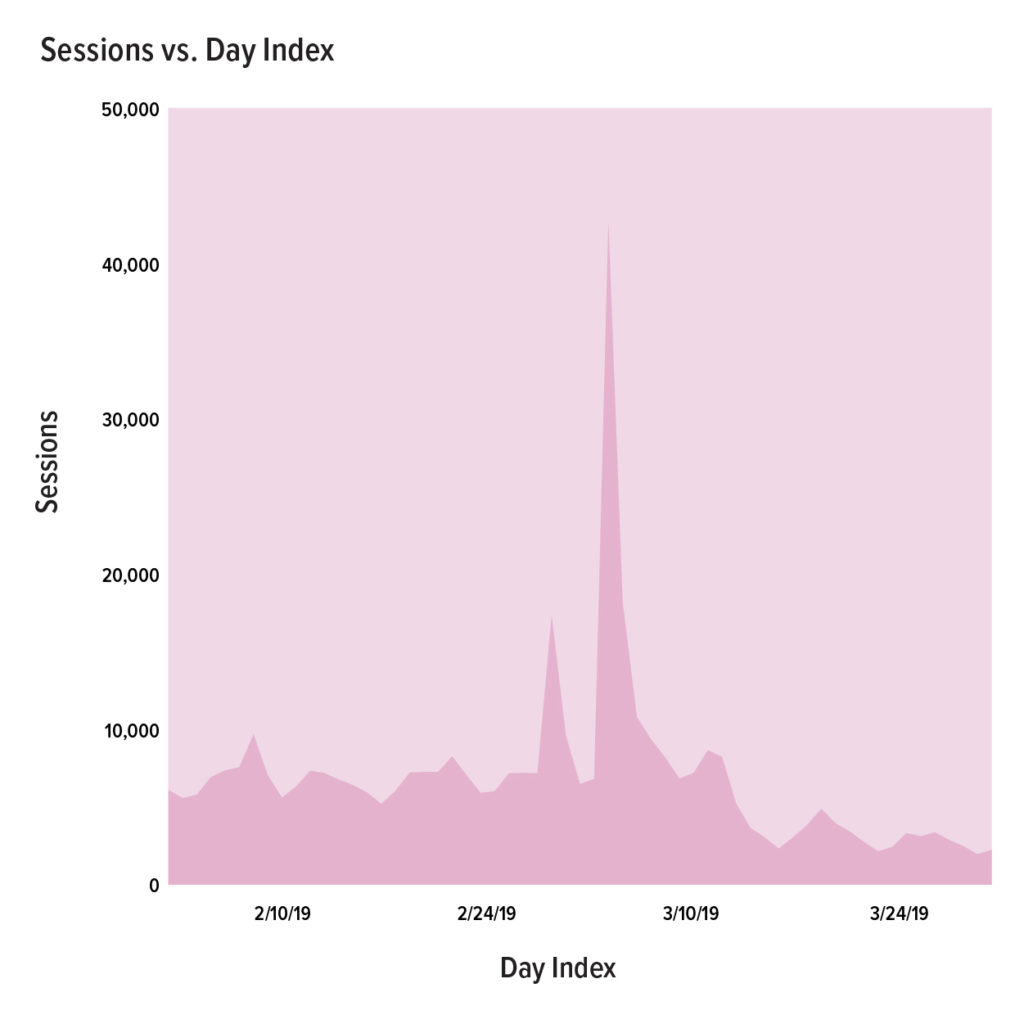 We see changing trends and interests in health topics throughout the year. They’re often a perfect storm of increasing feelings of instability, isolation, stress, and information overload across the United States. We’re actively working to bring light to these topics through ongoing coverage, and we’re expanding our efforts to help people make meaningful connections with others through our Healthline Together community apps.

Are you interested in learning about the search trends in your category or understanding their drivers? Email us at corpmarketing@healthline.com.

Get the Healthline Insider Newsletter

As the #1 health media property in the US, Healthline Media reaches 90MM unique visitors each month (Comscore, May 2020). We provide credible health information with a compassionate approach.

In Health We Trust